Prior to joining Parker Bryan Family Law in 2022, Imogen J. Baxter practiced at a boutique family law firm in Raleigh for 11 years. Imogen is an enthusiastic and devoted advocate who believes each client deserves high quality and effective representation and should be supported and informed each step of the way, no matter how large or small the case. Imogen is experienced in serving clients on a wide range of matters, including: negotiating and drafting premarital and separation agreements; developing and executing effective strategies for equitable distribution, spousal support, child custody, and child support claims, both in alternative dispute resolution and in litigation; prosecuting and defending civil domestic violence protective orders and marital tort claims; and representing families in stepparent adoptions in Wake and other North Carolina counties.

Imogen has presented for the Wake County Bar Association’s family law continuing legal education program and has consulted on and written on family law topics designed for both legal and non-legal audiences, including consulting with Holly Nicholson for her column “Money Matters” in the News & Observer and co-authoring an article, “There Ain’t No Sanity Clause: Surviving the Holidays During Divorce” in Attorney at Law Magazine.

When Imogen is not practicing law, you will find her spending quality time with her fiancée, Brad, and their dogs Finley, a Great Pyrenees mix, and Rico, a Chow Chow mix. 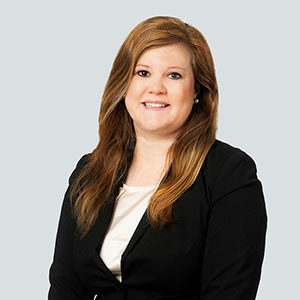